Do you ever feel like some guys are just gifted in a way you never will be? You spend hours in the gym lifting heavy every week and shovel down plates of food, yet somehow you have to fight to earn that one pound of muscle while there’s those few guys who seem to pack on pound after pound in the same amount of time. While they might be at a genetic advantage, you still might be able to not just keep up with them, but surpass them if you play your cards right. 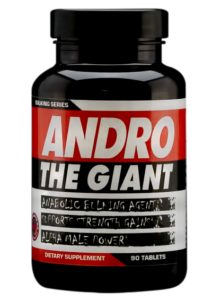 Hard Rock Supplements answered the call several years back with the launch of Andro the Giant, and ever since it landed on the scene it’s helped many guys finally earn the massive gains they’ve always wanted.

How is that possible?

Andro the Giant provides a heavy dose of 4-Androsterone, a compound that acts as a precursor to testosterone and thereby helps to increase plasma test levels and muscle growth 1. The challenge posed by taking 4-Andro orally is that it can lose up to 86% of its bioavailability as it gets broken down in the body.

To combat this problem, Hard Rock implemented Liposomal Stealth Technology, a delivery method that can help increase absorption to 99%, making it 6x more potent 2. This means that a 110 mg pill that once meant only 15.4 mg of usable compound is now at 109 mg! In one study featuring the main compound in Andro the Giant, users gained and average of 6.3% more muscle (that’s 9lbs in a 160lb male with 15% body fat) while raising their one rep max on back squat by an average of 14.3% 3. 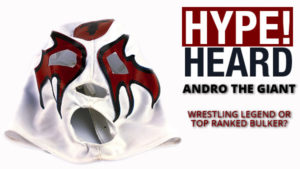 Andro the Giant has been heralded by the community as a solid option both as a wet bulker and strength gainer, not to mention the increased libido many users report. 4-Andro has also been known to help deliver skin-splitting muscle pumps and increased protein synthesis while on cycle.

As with any bulking prohormone, we suggest adding an estrogen blocker and post cycle therapy to help lower side effects and keep your hard earned gains. If you’re done standing on the sidelines and ready to command the level of respect your training calls for, Andro the Giant may be just the thing you need. Get yours now at Strong Supplement Shop.