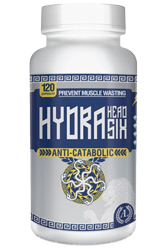 As any serious bodybuilder knows, one of the dreaded side effect of cutting is losing your hard earned mass gains. But Antaeus Labs claims to be changing the game with Hydra Head Six, an anti-catabolic supplement.

Hydra Head Six contains anabolic boosters, which the company says will actually help you increase muscle mass while cutting. It also looks promising when used in post cycle therapy (PCT) as a way to hold onto all your muscle and strength gains, including the ones that tend to be lost as a result of finishing your cycle. Hmmm, haven’t we heard this all before – we’re not naming names but…you know who they are.

Antaeus Labs has a solid reputation as an innovator and was the developer of some serious mass gainers from the PH days. They were the first with an anabolic transdermal that customers claimed, stacked on mass to the tune of 15lbs per cycle, all the while bypassing and saving your liver. Their newer products Thunder Bolt (pump enhancer) and Achilles (joint support) are well received by customers. Maybe this time someone got the bulk while you cut formula right, you be the judge. 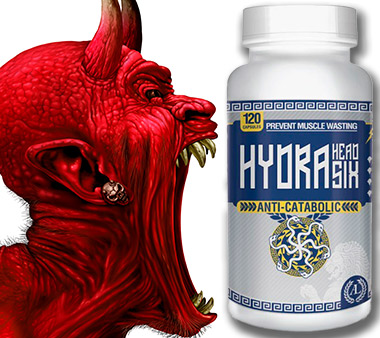 You can check out Hydra Head Six for yourself here.