Heard: Are You Leading The Pack Or Trailing Behind? Announcing New Wild Thing Rocket Pop Flavor. 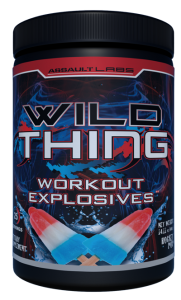 Rocket Pop! Early feedback from testers have likened it to the iconic popsicle taste they remember from when they were kids. But on top of the spot-on nostalgic flavor, users reported that Wild Thing stayed true to the insane energy, pumps, and focus that it’s known for. 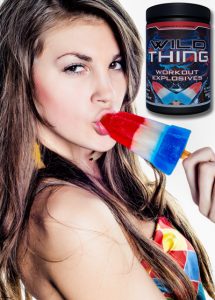 Assault Labs also made the move to add the Glycer-pump blend because of its electrolytes and other benefits, including increased hydration, endurance, and performance. Users may also experienced enhanced pumps due to increased hydration/water volume during and after exercise, meaning fuller looking muscles. Look for Wild Thing Rocket Pop flavor with The New Pump Machine Glycerpump on the shelves exclusively at Strong Supplement Shop.
Wild Thing Rocket Pop