Olympus Labs Said To Be Putting Their Customers To Sleep

Lack of sleep contributes to weight gain, reduced cognitive function and productivity, increased risk of chronic disease and depression, decreased libido, and a host of other health problems. With between 50 and 70 million Americans suffer from some sort of sleeping disorder, 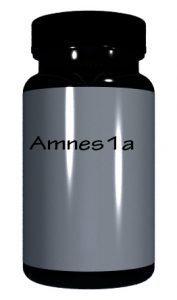 and only a third of Americans getting the recommended 7-9 hours of sleep nightly, it’s hardly surprising that people are crying for a solution to their sleeplessness 1.

Sources have leaked that Olympus Labs UK is currently developing a new product called “Amnes1a,” containing several natural sleep aids with a patented OL twist – at least four ingredients never before used in conventional sleep aids. Amnes1a is reportedly free of addictive and tolerance-building substances, making it ideal for nightly as most sleep aids which tend to have such compounds and should only be used occasionally 2.

While they have kept the formulation tightly guarded, Strong was able to find out that Amnes1a does contain KannaEase, a compound found in another OL product, Re1gn, that can promote feelings of well-being and stress relief. But the real kicker for the product is the reported ingredients that actually contribute to your fitness journey: Sake Yeast and Dioscin, which can aid in secretion of growth hormone as well as help promote faster recovery and reduce fatigue. 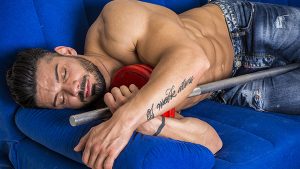 Potential ability to increase productivity, growth, and cognitive performance in addition to improving quality of sleep makes the launch of Amnes1a one of the most anticipated product launches for 2018. Keep your eyes peeled to Strong Supplement Shop for updates on development and testing news.