It’s no secret that “estrogen” is the enemy of the shredded physique. It’s often responsible for water retention, unwanted fat storage, and the dreaded appearance of gyno. And if you’re supplementing your natural testosterone or struggling to reveal your hard-earned gains, you just might be suffering from excess estrogen levels. 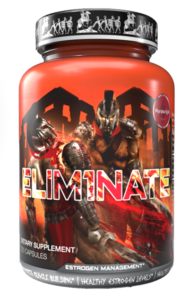 Both men and women produce a natural amount of estrogen that fluctuates based on many factors, one of which being the level of testosterone present. In simple terms, the more testosterone you have surging through your veins, the more estrogen you’ll also have. While this isn’t commonly an issue for the Average Joe, men seeking the hard, lean, ripped look shouldn’t settle just because their bodies produce some extra estrogen.

Traditional estrogen blockers feature some sort of aromatase inhibitor, a compound that blocks the production of estrogen and is typically used to treat breast cancer 1. The issue with aromatase inhibitors, however, is that although the current generation of the compound has fewer side effects, they may have an adverse effect on bone health/density, as well as sperm production 2.

We’ve caught wind that Olympus Labs launched a brand new estrogen blocker using an all-natural compound that we haven’t seen before in the industry. This product, named “Elim1nate,” features a new compound that will not only help regulate and suppress estrogen production, but also aid in the prevention of muscle loss during a cutting phase 3.

The name of this allegedly game-changing ingredient is ElimistaneTM (as Luteolin), and studies suggest that it can also lower bad cholesterol while raising the good 4, may have anti-inflammatory properties, and actually promotes thermogenesis 5. 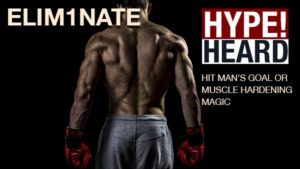 If Elim1nate stands up to its hype then men looking to step up their physique are in for a treat. As always, stay tuned to Strong Supplement Shop for the latest updates on Elim1nate and other industry news, and don’t forget to subscribe to our email newsletter to be the first to know.