Strong (adj.): 1. having or marked by great physical power; 2. Having moral or intellectual power, able to withstand great force or pressure. 1

The word “strong” or “strength” is typically associated with the first definition, conjuring images of bodybuilders and powerlifters, people with big muscles, and thoughts of heavy weights. But part of being strong goes far beyond the physical. In fact, before you can develop the physique of your dreams you will need to have the personal mental strength to create it.

What the mind can perceive the body can achieve is an axiom we’ve all heard, but usually its easier said than done. 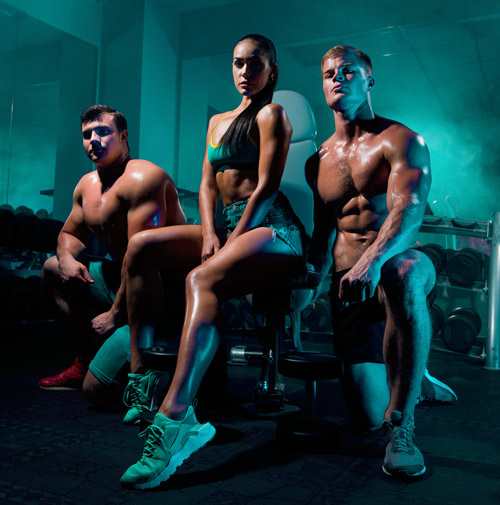 We’re publishing this 3 part series to help make the achieving part easier and help you reach not only your fitness goals but all the goals you set. First we’ll show you examples of mental strength and then layout some awareness and guidelines, as well as provide some practical how to for more easily developing and using your mental power.

Think about it for a second. How would you describe someone who is told they will never walk again only to undergo years of physical therapy and now runs marathons? Or someone who battles cancer three times before finally beating it out? Or someone who grew up in an abusive household and grows up to become an advocate for battered women and children? Only one word can properly sum those qualities up: strong.

Sometimes taking the hand you’re dealt and choosing to rise above the struggle to make something great takes more strength than out lifting every guy who walks into the gym. There are few inspirational stories that don’t leave you in awe of the mental strength it takes to overcome adversity.

In 1972, for example, Dave Wottle qualified to compete in the 800m race at the Munich Olympics. He was planning a wedding to take place just six days after qualifying, and injured his knee on the first day of training. Wottle himself is the first to admit that he could have been taken out by the head coach for not just being less than 100% healthy, but for disregarding his coach’s recommendation to postpone the wedding and forget the honeymoon.

Instead of succumbing to distraction, Wottle continued on with his wedding, knowing in his heart that it was the right move for his personal life, despite this possibly being his only shot at Olympic glory. He spent the first part of his honeymoon at the pre-Olympic training camp, and continued training after taking just a week off to deal with his injury. He never fully recovered before the Olympic trials, and never got up to more than half of what he had been able to run previously.

On the day of the big race, Dave Wottle lined up against the other competitors, a scrawny 22-year-old in his signature golf cap. The gun went off, and within the first 50 feet he was a solid distance behind the other seven runners. Commentators speculated he was keeping behind either because he wanted to “stay out of trouble” or was seriously injured. As the group moved into the final stretch, as quickly as he fell behind, Wottle was neck and neck with the runner in front of him. He cut through the outside and began passing each competitor, one by one. In the last few feet he emerged ahead and beat out the favorite by 0.3 seconds to win gold. 2

Similarly, Diana Nyad, a long distance swimmer who, at 29 years old in 1978, decided she wanted to be the first person to swim the distance from Cuba to Florida. Despite swimming in a shark-proof cage, she was unable to swim on course and was pulled from the ocean after swimming for 42 hours. Nyad decided to take a break from her dream, but never gave it up completely.

At age 60, she lost her mother and the realization that she may just have years left to live left her with a grave choice: either live the rest of her life to the fullest, or die without seeing her dream come to fruition. She eventually moved to the Caribbean in order to continue her training and, in 2011, 33 years after her first attempt, she set out for her second attempt. 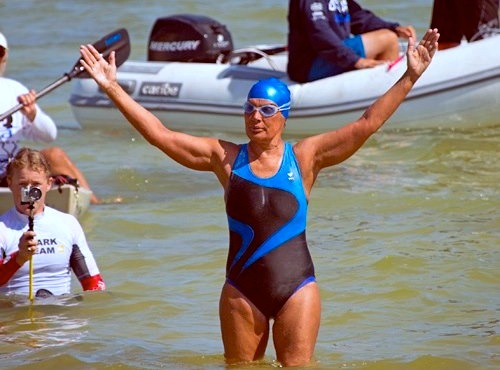 Violent asthma and a painful shoulder injury forced her to pull out after just 29 hours, and less than a month later she was back in the water for a third try at this now seemingly insurmountable task. She made it over halfway, but at 41 hours was forced out the water by strong currents and severe jellyfish stings. Almost a year later, Nyad went in for a fourth try, but was bested again by harsh storms and dangerous jellyfish stings.

Her team, friends, and even neurologists and experts told her the feat was impossible. At 64 years old, it was time to give up on her dream. But on the morning of August 31, 2013, Diana Nyad knew she had to give it one more try. Without the drafting assist of a shark cage but the protection of a jellyfish-proof swimsuit, she dove into the water for her fifth and final attempt to conquer her white whale. Fate was on her side this time, as gulf currents helped her push through stretches in record time, and on September 2, 53 hours after she dove into the water, Diana Nyad emerged on the beach in Key West, 103 miles from where she started. 3

Her message, shortly before she was whisked away in an ambulance, was this: You are never too old to chase your dreams.

The moments in which you are at your lowest, when the words of the critics start to weigh on your mind, when doubt begins to creep in, the way you react is the measure of your true strength.

True strength comes in many forms, and the ability (or lack thereof) to break past your own limitations, whether real or imagined, defines who you are at your core. Stay tuned for part two as we break down what it really takes to be mentally strong, and how you can train your brain as hard as your body.