By James Strong February 15, 2017 June 23rd, 2017 Cutting, Fat Loss, Fitness, HYPE
With the recent reformulation of PES’s Alphamine, many of its loyal users have been on the prowl for something a little more hardcore. Olympus Labs has jumped on the opportunity with Bloodshr3d, their answer to the cries for a potent thermogenic. Bloodshr3d, a drinkable fat burner, promises to do more than just the average thermogenic by including 8 ingredients specifically dosed to improve your mood, reduce water retention, and lower stress, in addition to fat loss and gains in energy. 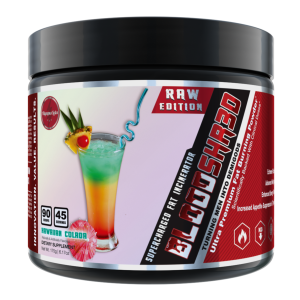 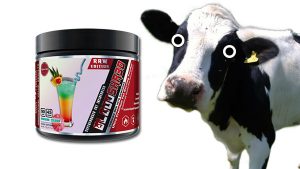 Olympus Labs recognizes that not every user will be ready for such a powerful fat burner with added energy, so they created two formulas – the WAR edition for those sensitive to stimulants, and the RAW edition. RAW contains Alpha Yohimbe to help increase mobilization of fatty acids while boosting energy, making it essentially a more potent version of the WAR formula.

Is this the next coming of fat incineration or just a bunch of bull? You be the judge…

Look for Bloodshr3d to hit shelves at Strong Supplement Shop in early 2017 to jump start your fat loss.